7 Common Myths About Sex Dolls – And the Truths Around Them

This is the guide to 7 common myths about sex dolls.
In this comprehensive guide I’ll cover: 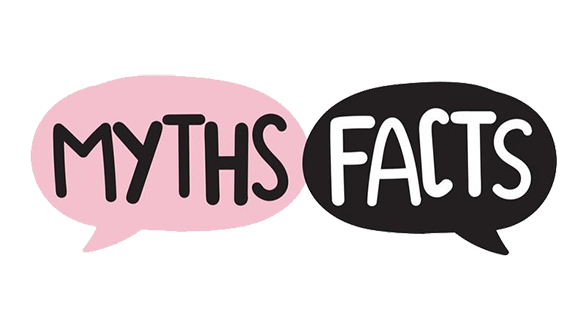 Myth #1 – Sex dolls are only female

Myth #5 – Sex dolls can only be bought in sex shops

So if you want to know the truths around sex dolls you’ll love this guide.

Myth #1 – Sex dolls are only female

We can agree that this myth started as the truth, but it didn’t take that truth long to be challenged by the innovative developers of diverse sex dolls in the industry.

Today, you can find different kinds of sex dolls around alongside the female picks.

Although they are not as popular, male sex dolls have also started making huge waves in the market.

Likewise, lesbian / gay sex dolls have started showing up in the numbers for those who would prefer those.

There is a bit of truth to this in that virgins prefer to go with sex dolls first before they get into the whole sex game.

But then, that is not enough to make this a complete truth.

It has been discovered that adding sexual toys to your bedroom will boost sex with your partner.

This is because there is an improved sex drive from using sex toys (like sex dolls) which will make the partners interested in having more, better sex with one another.

Of course, this must happen with the permission of both partners.

Thus, we believe communication between the partners is key to making this kind of arrangement work.

It is common knowledge that sexual frustration is one of the many things that lead to a relationship ending.

Likewise, it might not make too much sense to go exploring different sexual paths with another person who might not be willing.

Sex dolls can step in to solve this problem in several ways.

For one, they allow you to explore your fantasies to know whether they are things you would love to keep in your sexual life or do away with.

On the other hand, they also equip you with a knowledge of the things you love to do, so you can better communicate that to a potential partner.

This will help determine sexual compatibility, among other things, early on.

The manufactures of sex dolls have done an extensive job of making the units as human-like as can be. This helps them to ensure the dolls can give users a high level of pleasure during sex.

However, this cannot usually substitute for the real thing with a real person, so you don’t have to worry about getting addicted to them.

Of course, there could come times when the users prefer to deal with the sex doll rather than with the idea of another person.

This does not mean that they are addicted to it, though.

Thus, we recommend exercising caution and restraint with your use of the doll if you don’t want to get too comfortable with it.

Unless that is what you want, then go for it.

Myth #5 – Sex dolls can only be bought in sex shops

It is not uncommon to see many people shy away from the idea of getting their first sex doll because they cannot walk into a store to make a purchase.

We are here to let you know that you have more options at your disposal.

Many online sex dolls shops have come up today to make the experience seamless for you. With an extensive catalog, you get to browse around and choose which one is best suited to your needs.

Better still, you can even get in touch with some manufacturers online to make a custom order. Either that or you choose from the catalog of sex dolls that they already have.

To sweeten the deal better, you can choose to have the doll delivered in inconspicuous packaging. That way, even if your neighbors were around when the delivery comes in, they would be none the wiser.

This myth is informed by a lot of the news items and comparisons between actual people that you might read.

Note that the reason why those pieces go viral is that they have used the higher end models of sex dolls in their writings.

You, thus, must understand that sex dolls come in different varieties and price ranges.

Much like any other thing – cars, phones, clothes, etc. – there are a lot of sex dolls at different prices too.

Do not let an overinflated sense of cost be the thing to stand between you and your beloved sexual desires.

This is a laughable one.

It is almost like saying sex itself is only for hormonal and sex-crazed people.

We have also come to find out that this is the myth behind many people not buying sex dolls as they don’t want to be labeled as being sex-crazed.

If that is like you, it is time to drop this assumption.

Like we mentioned earlier, virgins are some of the people who love to use sex dolls a lot.

We also have seniors on this list – so you can rest assured that there is nothing hormonal going on there.

Do not let anyone or anything stand in your way of getting hot, sensual and improved sexual experience.

Now that they are here to stay, it is time to pick one up for yourself – if that is what you want to do.

I really hope you enjoyed this guide about 7 Common Myths About Sex Dolls – And the Truths Around Them.

Do you know more myths about sex dolls? Let’s discuss together.

Either way, let me know by leaving a quick comment below.

Now, add him/her to the shopping cart and you will get a 30% discount.